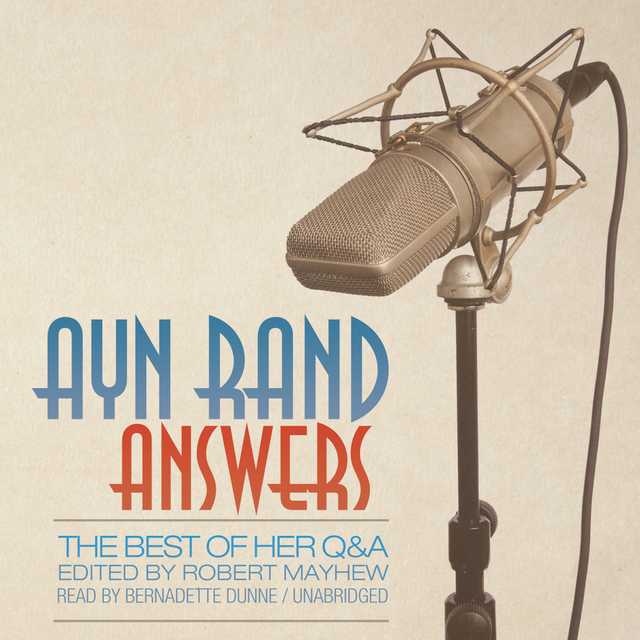 After the publication of Atlas Shrugged in 1957, Ayn Rand turned to nonfiction writing and occasional lecturing. Her aim was to bring her philosophy to a wider audience and to apply it to current cultural and political issues. The taped lectures and the question-and-answer sessions that followed added not only an eloquent new dimension to Ayn Rand’s ideas and beliefs but also a fresh and spontaneous insight into Ayn Rand herself. Ayn Rand Answers is a collection of those enlightening Q&As.

Bernadette Dunne is the winner of more than a dozen AudioFile Earphones Awards and has twice been nominated for the prestigious Audie Award. She studied at the Royal National Theatre in London and the Studio Theater in Washington, DC, and has appeared at the Kennedy Center and off Broadway.

About the Author(s) of Ayn Rand Answers

Ayn Rand is the author of Ayn Rand Answers

Ayn Rand (1905–1982) was born in Russia, graduated from the University of Leningrad, and came to the United States in 1926. She published her first novel in 1936. With the publication of The Fountainhead in 1943, she achieved a spectacular and enduring success, and her unique philosophy, Objectivism, gained a worldwide following.

Best books by Catherine the Great