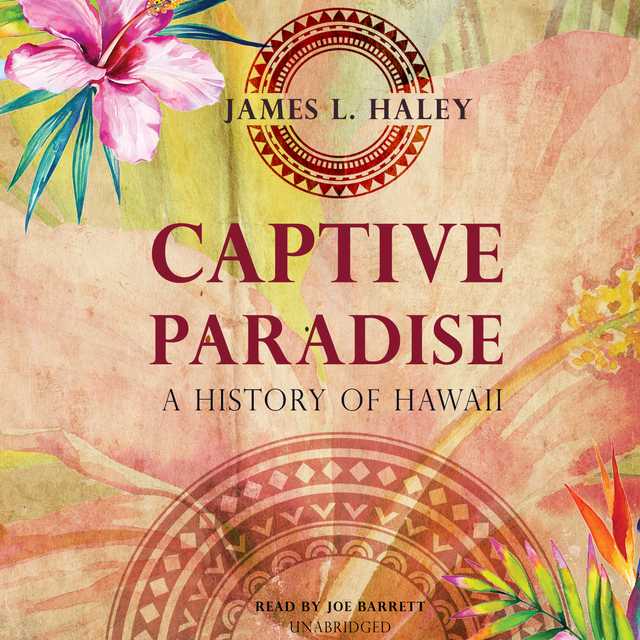 In the tradition of Nathaniel Philbrick and David McCullough comes the first full-scale narrative history of Hawaii, an epic tale of empire, industry, war, and culture.

The most recent state to join the union, Hawaii is the only one to have once been a royal kingdom. After its discovery by Captain Cook in the late eighteenth century, Hawaii was fought over by European powers determined to take advantage of its position as the crossroads of the Pacific. The arrival of the first missionaries marked the beginning of the struggle between a native culture with its ancient gods, sexual libertinism, and rites of human sacrifice and the rigid values of the Calvinists. While Hawaii’s royal rulers adopted Christianity, they also fought to preserve their ancient ways. But the success of the ruthless American sugar barons sealed their fate, and in 1893 the American Marines overthrew Liliuokalani, the last queen of Hawaii.

Captive Paradise is the story of King Kamehameha I, the Conqueror, who unified the islands through terror and bloodshed but whose dynasty succumbed to inbreeding; of Gilded Age tycoons like Claus Spreckels, who brilliantly outmaneuvered his competitors; of firebrand Lorrin Thurston, who was determined that Hawaii be ruled by whites; of President McKinley, who presided over the eventual annexation of the islands. Not since James Michener’s classic novel Hawaii has there been such a vibrant and compelling portrait of an extraordinary place and its people.

Joe Barrett is the narrator of Captive Paradise audiobook that was written by James L. Haley

Joe Barrett, an actor and Audie Award and Earphones Award–winning narrator, has appeared both on and off Broadway as well as in hundreds of radio and television commercials.

About the Author(s) of Captive Paradise

James L. Haley is the author of Captive Paradise

James L. Haley is the award-winning author of the Bliven Putnam Naval Adventure series, including A Darker Sea and The Shores of Tripoli, as well as numerous books on Native American, Texas, and Western history, and historical and contemporary fiction. His two biographies Sam Houston (2002) and Wolf: The Lives of Jack London (2010), each won the Spur Award from the Western Writers of America. Passionate Nation: The Epic History of Texas (2006) won the Fehrenbach Award of the Texas Historical Commission. His most recent nonfiction is Captive Paradise: A History of Hawaii (2014).