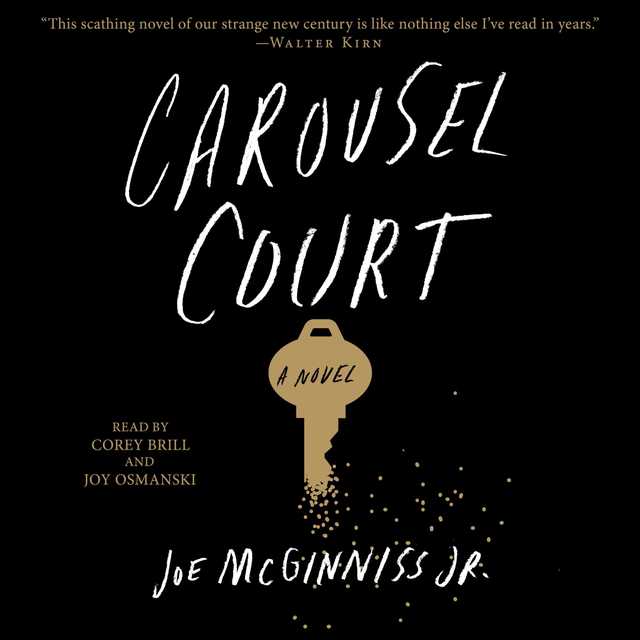 Joe McGinniss Jr., who is “poised to become one of our sharpest observers of life in America at the start of the twenty-first century” (Kirkus Reviews, starred review), returns with one of the most engrossing, unnerving, and exhilarating novels in recent memory: a viscerally absorbing look at the seductive—and destructive—cutting edge of marriage.

Nick and Phoebe Maguire are a young couple who move cross-country to Southern California in search of a fresh start for themselves and their infant son following a trauma. But they arrive at the worst possible economic time, cemented into the dark heart of foreclosure alley and surrounded by neighbors swamped by debt who set fire to their belongings, flee in the dead of night, and eye one another with suspicion while keeping shotguns by their beds. Trapped, broke, and increasingly desperate, Nick and Phoebe each devise their own plan to claw their way back into the middle class and beyond. Hatched under one roof, their two separate, secret agendas will inevitably collide.

“A fearless novel about a family and a society on the brink…Harrowing but, against all odds, ultimately tender” (O, The Oprah Magazine), Carousel Court is an unforgettable vision of contemporary life. It has the ambition of our most serious literary work and the soul of a thriller, managing to be simultaneously sexy, scary, and powerfully moving. Most of all, it offers an unflinching portrait of modern marriage in a nation scarred by vanished jobs, psychotropic cure-alls, infidelity via iPhone, and ruthless choices. “Fast…Foreboding…Joe McGinniss spins an edgy tale, often laced with a reporter’s eye for the little details that make characters pop” (The Washington Post). He leaves you simultaneously gutted and grateful—and curious what your partner is up to on that electronic device across the room.

About the Author(s) of Carousel Court

Joe McGinniss is the author of Carousel Court

Joe McGinniss is a writer of numerous works of fiction and nonfiction. He first came to prominence with the bestseller The Selling of the President, which described the marketing of the then-presidential candidate Richard Nixon, and he has authored numerous books since then.

How to boost productivity with audio to text tools