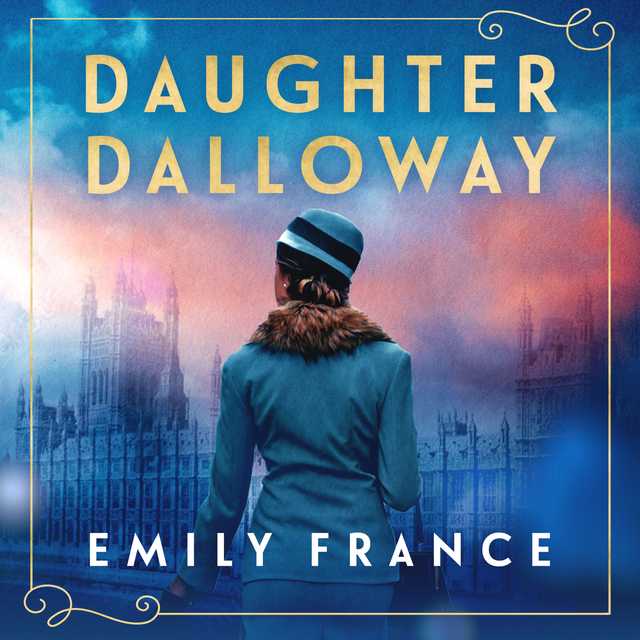 Perfect for fans of Marie Benedict and Renee Rosen, Daughter Dalloway is both an homage to the Virginia Woolf classic and a brilliant spin-off—the empowering, rebellious coming-of-age story of Mrs. Dalloway’s only child, Elizabeth.

London, 1952: Forty-six-year-old Elizabeth Dalloway feels she has failed at most everything in life, especially living up to her mother, the elegant Mrs. Dalloway, an ideal socialite and model of perfection until she disappeared in the summer of 1923—and hasn’t been heard from since.

When Elizabeth is handed a medal with a mysterious inscription from her mother to a soldier named Septimus Warren Smith, she’s certain it contains a clue from the past. As she sets out, determined to deliver the medal to its rightful owner, Elizabeth begins to piece together memories of that fateful summer.

London, 1923: At seventeen, Elizabeth carouses with the Prince of Wales and sons of American iron barons and decides to join the Bright Young People—a group of bohemians whose antics often land in the tabloids. She is a girl who rebels against the staid social rules of the time, a girl determined to do it all differently than her mother. A girl who doesn’t yet feel like a failure.

That summer, Octavia Smith braves the journey from the countryside to London, determined to track down her older brother Septimus who returned from the war but never came home. She falls in with a group of clever city boys who have learned to survive on the streets. When one starts to steal her heart, she must discover whether he is a friend or foe—and whether she can make it in the city on her own.

Elizabeth and Octavia are destined to cross paths, and when they do, the truths they unearth will shatter their understanding of the people they love most.

About the Author(s) of Daughter Dalloway

Emily France is the author of Daughter Dalloway

Emily France is a graduate of Brown University and is the critically acclaimed author of several books. Her young adult titles, Zen and Gone and Signs of You, were selected as a Washington Post Best Book of the Month and an Apple Books Best of the Month. Daughter Dalloway is her adult debut. Learn more at www.EmilyFranceBooks.com.