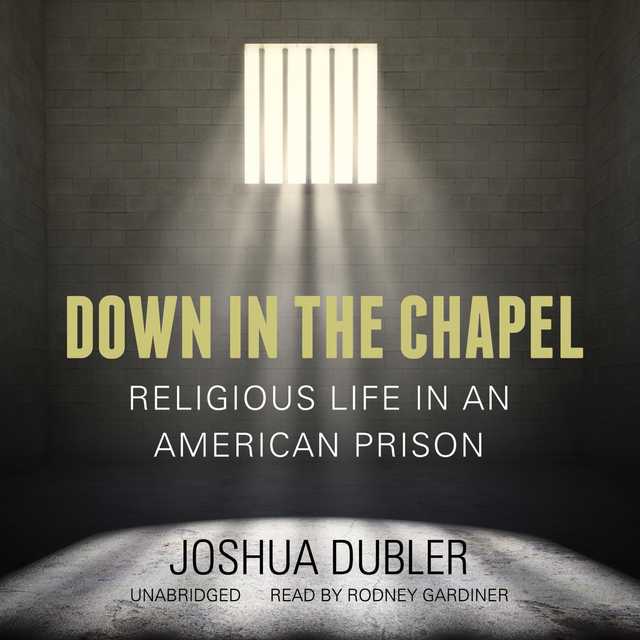 Down in the Chapel Audiobook

Down in the Chapel Audiobook

Down in the Chapel Audiobook Summary

Baraka, Al, Teddy, and Sayyid—four black men from South Philadelphia, two Christian and two Muslim—are serving life at Pennsylvania’s maximum-security Graterford Prison. All of them work in Graterford’s chapel, a place that is at once a sanctuary for religious contemplation and an arena for disputing the works of God and man. Day in, day out, everything is, in its twisted way, rather ordinary. And then one of them disappears.

Down in the Chapel tells the story of one week at Graterford Prison. We learn how the men at Graterford pass their time, care for themselves, and commune with their makers. We observe a variety of Muslims, Protestants, Catholics, and others at prayer and study and song. And we listen in as an interloping scholar of religion tries to make sense of it all.

When prisoners turn to God, they are often scorned as con artists who fake their piety, or pitied as wretches who cling to faith because faith is all they have left. Joshua Dubler goes beyond these stereotypes to show the religious life of a prison in all its complexity. One part prison procedural, one part philosophical investigation, Down in the Chapel explores the many uses prisoners make of their religions and weighs the circumstances that make these uses possible. Gritty and visceral, meditative and searching, it is an essential study of American religion in the age of mass incarceration.

Down in the Chapel Audiobook Narrator

Rodney Gardiner is an audiobook narrator and an accomplished actor with over six seasons at the Oregon Shakespeare Festival in such roles as Tinman in The Wiz and Nathan Detroit in Guys and Dolls.

About the Author(s) of Down in the Chapel

Joshua Dubler is the author of Down in the Chapel

Joshua Dubler is an assistant professor of religion at the University of Rochester and the coauthor of Bang! Thud: World Spirit from a Texas School Book Depository. He has spent more than six years working with prisoners at the Graterford Prison.

Down in the Chapel Full Details