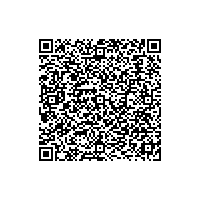 Audio is 2 hours and 59 minutes

About Grip of Fear:

“During the coldest winter on record, an EMP attack wipes out the nation’s power and cripples the country. As the city spirals into lawless chaos, an investigative journalist, twenty-six-year-old Cassandra Drews, is forced onto the dangerous streets of Portland to begin the long walk to her parents’ home in Oregon. But hypothermia and starvation aren’t the only dangers Cass and her rescue dog, Daisy, face on their perilous trek. Danger is stalking them, waiting for the perfect moment to strike. Help comes in the form of troubled ex-marine Isaac Winters, who slips back into soldier mode with the city’s collapse. Now, the trio must work together in a fight for survival as they race to escape the city before violence, or the bitter wintry storm, can claim them. Do they have what it takes to make it out alive? Or will they be crushed by the brutality of the unforgiving cold? Perfect for fans of Ryan Schow, Grace Hamilton, Kyla Stone, and Jack Hunt, Grip of Fear is the first book in a brand-new End of Days series, a post-apocalyptic EMP survival thriller featuring flawed, complex characters, and an adrenaline-fueled action-adventure.”,US,No lights. No power. No help.

The intended audience for this book is 13 to 18 years old. The Grip of Fear Audiobook is 2 hours and 59 minutes. Speechify has the Unabridged edition version of the audiobook.

Subjects in Grip of Fear

Grip of Fear includes the following subjects: . The BISAC Subject Code is .

About the Author(s) of Grip of Fear

The author of Grip of Fear is Sam J. Fires.

About the Narrator of Grip of Fear Audiobook

The narrator for the Grip of Fear Audiobook is Seth Podowitz.

Speechify has the right to sell the Grip of Fear Audiobook in the following countries: