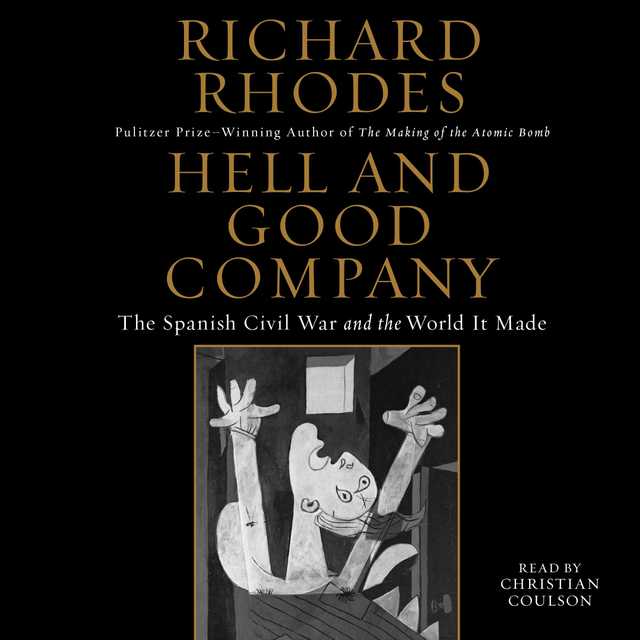 From the Pulitzer Prize–winning and bestselling author of The Making of the Atomic Bomb, “The most extraordinary book about the Spanish Civil War ever encountered” (The Washington Post).

The Spanish Civil War (1936–1939) inspired and haunted an extraordinary number of exceptional artists and writers, including Pablo Picasso, Joan Miró, Martha Gellhorn, Ernest Hemingway, George Orwell, and John Dos Passos. The idealism of the cause—defending democracy from fascism at a time when Europe was darkening toward another world war—and the brutality of the conflict inspired some of their best work: Guernica, For Whom the Bell Tolls, Homage to Catalonia, The Spanish Earth.

The war spurred breakthroughs in military and medical technology as well. New aircraft, new weapons, new tactics and strategy all emerged during this time. Progress arose from the horror: the doctors and nurses who volunteered to serve with the Spanish defenders devised major advances in battlefield surgery and frontline blood transfusion. In those ways, and in many others, the Spanish Civil War served as a test bed for World War II, and for the entire twentieth century.

From the life of John James Audubon to the invention of the atomic bomb, readers have long relied on Richard Rhodes to explain, distill, and dramatize crucial moments in history. Now, he takes us into battlefields and bomb shelters, into the studios of artists, into the crowded wards of war hospitals, and into the hearts and minds of a rich cast of characters to show how the ideological, aesthetic, and technological developments that emerged in Spain and changed the world forever. “Hell and Good Company is vivid and emotive…thrilling reading” (The Wall Street Journal).

About the Author(s) of Hell and Good Company

Richard Rhodes is the author of Hell and Good Company

Richard Rhodes is the author of numerous books and the winner of the Pulitzer Prize, the National Book Award, and the National Book Critics Circle Award. He graduated from Yale University and has received fellowships from the Ford Foundation, the National Endowment for the Arts, the John Simon Guggenheim Memorial Foundation, and the Alfred P. Sloan Foundation. Appearing as host and correspondent for documentaries on public television’s Frontline and American Experience series, he has also been a visiting scholar at Harvard and MIT and is an affiliate of the Center for International Security and Cooperation at Stanford University. Visit his website RichardRhodes.com.

Can I get the Bible as an audiobook?