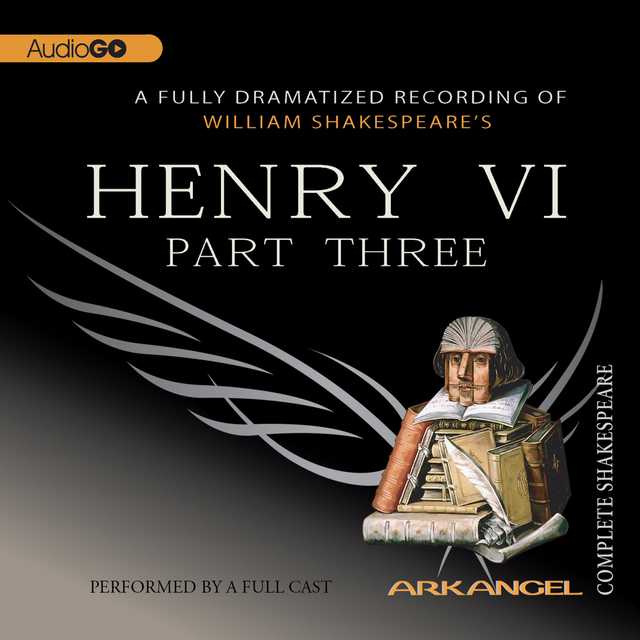 The monstrous power of one of Shakespeare’s most memorable characters, Richard Plantagenet, emerges in Henry VI, Part 3, a portent of things to come.

The Yorkists have been temporarily victorious and the Duke of York has assumed the throne, but the Lancastrians, led by Queen Margaret, counter-attack. As the fortunes of war shift, both the innocent and the guilty are swept up in the maelstrom. And increasingly dominant amid the chaos is the sinister figure of the crook-backed Richard, Duke of Gloucester.

a full cast is the narrator of Henry VI, Part 3 audiobook that was written by Tom Wheelwright

About the Author(s) of Henry VI, Part 3

Tom Wheelwright is the author of Henry VI, Part 3

A thoroughly accomplished piece of playcraft and a significant work of literature, this complex account of civil war is filled with broken oaths, betrayals, and labyrinthine patterns of multi-generational revenge, and Shakespeare gives us a coherent thread of narrative to guide us through the bewild

The final episode of the Henry VI ten-thousand-verses-long saga (which follows Henry V and precedes Richard III and is, therefore, a big saga within a still bigger saga!) covers the actual War of the Roses. What came before it was, for the most part, flamboyant bickering, jocular scheming and plotti

The third of Shakespeare's earliest plays, about the Wars of the Roses, concludes with the end of King Henry VI's reign and the rise of the York faction to the throne. Although the powerhouse of this historical collection of historical plays, Richard III, is yet to come (next), the third part of Kin

England in Flames30 August 2012 As I read through this play I began to realise how closely connected it is to Richard III, which is not surprising since this play was written shortly after Henry VI. In many way, much of the action in Richard III, as well as a number of the characters, stem from this

"The smallest worm will turn, being trodden on."― William Shakespeare, Henry VI, Part 3 In the Henry VI trilogy, this is probably my least favorite. It wasn't bad and had some good lines (not enough great ones) and exciting sequences, but it just didn't have that extra-level, that super-float that S

I'm very happy with this play. It's easily up to the standards we're used to in Shakespeare, proper, lifting us out of his early and unsure works into something very entertaining. Some people might disagree, but here's the fact: history was this fucked up.Some liberties are made to make the play muc

The play begins with Henry VI and his queen being chased away by the victorious Yorkists after the first Battle of St. Albans. Shakespeare makes a point of (accurately) displaying the original agreement between Henry VI and the Duke of York that Henry can remain king until his death, upon which the

"Duke of York: The army of the queen hath got the field. My uncles both are slain in rescuing me; And all my followers to the eager foe Turn back and fly like ships before the wind, Or lambs pursu'd by hunger-starved wolves. My sons—God knows what hath bechanced them; But this I know,—they have dem

War of the Roses tetralogy >>>> Henriad and no I am not taking constructive criticism at this time.

okay i'm still first and foremost a henriad stan but this one was definitely the best henry vi imo! i really enjoyed getting to actually SEE the titular man himself (and margaret... margaret my beloved she has an ARMY this time... 1.4... fucking girlboss behavior...). probably would be a solid 3 sta

And, gallant Warwick, do but answer this: / What is the body when the head is off? I'm not going to lie, this one slaps. A real banger. I read 1 and 2 Henry VI in summer 2020 and found myself really burned out, so I put this 3 Henry VI aside for a later date, not knowing I was sleeping on a maste

Once again, my review is informed by the wonderful production at the Royal Shakespeare Theatre. In an essay in the theatre programme, Lauren Johnson explores the irony that Henry's kindness, humanity and gentleness make him very poorly equipped to be a medieval king in the midst of a vicious civil w

The concluding part of William Shakespeare's Wars of the Roses trilogy ends with Edward IV firmly in charge and with about half the cast of the play dead -- but with Richard Crookback in the wings waiting to make his own grab at the crown, which he will do in Richard III.Henry VI, Part 3 is full of