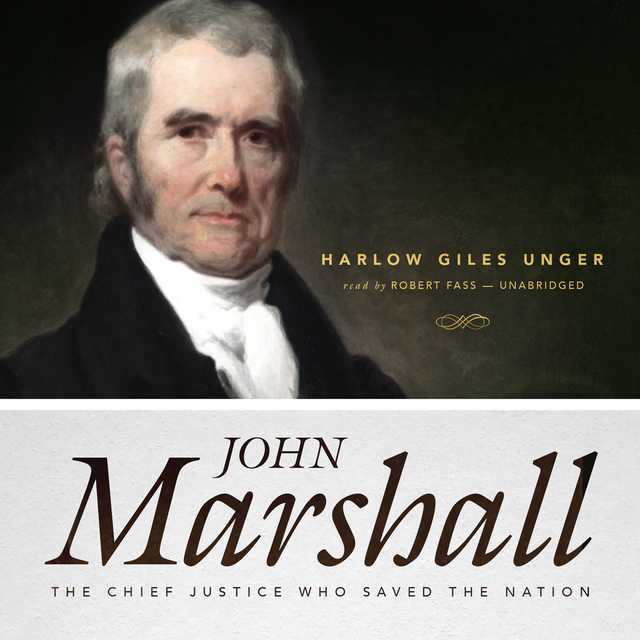 A soul-stirring biography of John Marshall, the young Republic’s great chief justice who led the Supreme Court to power and brought law and order to the nation

In the political turmoil that convulsed America after George Washington’s death, the surviving Founding Fathers went mad—literally pummeling each other in Congress and challenging one another to deadly duels in their quest for power. Out of the political intrigue, one man emerged to restore calm and dignity to the government: John Marshall. The longest-serving chief justice in American history, Marshall transformed the Supreme Court from an irrelevant appeals court into the powerful and controversial branch of government that Americans today either revere or despise.

Drawing on rare documents, Harlow Giles Unger shows how, with nine key decisions, Marshall rewrote the Constitution, reshaped government, and prevented Thomas Jefferson from turning tyrant. John Adams called his appointment of Marshall to chief justice his greatest gift to the nation and “the pride of my life.”

Winner of the prestigious Audie Award (for History and Audio Drama), veteran actor Robert Fass is equally at home in a wide variety of styles, genres, characters, and dialects. A seven-time Audie nominee with over 100 unabridged audiobooks to his credit, Robert has also earned multiple Earphones Awards, including for his narration of Joe Golem and the Drowning City by Mike Mignola and Christopher Golden. Robert has given voice to modern and classic fiction writers alike, including Ray Bradbury, Joyce Carol Oates, John Steinbeck, Carlos Fuentes, Isaac Asimov, Ellery Queen, Steve Berry, Jeffrey Deaver, and Nele Neuhaus, plus bestselling nonfiction works in history, politics, health, journalism, philosophy, and business.

About the Author(s) of John Marshall

Harlow Giles Unger is the author of John Marshall

Harlow Giles Unger, a former distinguished visiting fellow in American history at George Washington’s Mount Vernon, is a veteran journalist, broadcaster, educator, and historian. He is the author of more than twenty books, including several biographies of the Founding Fathers. He has also authored histories of the early Republic as well as numerous books on American education. He lives in New York.

How to tell if my kid is dyslexic

Murf.ai cost: Is it worth it?

Text to speech pens – what you need to know and alternatives

Top 10 most popular audiobooks of all time by sales