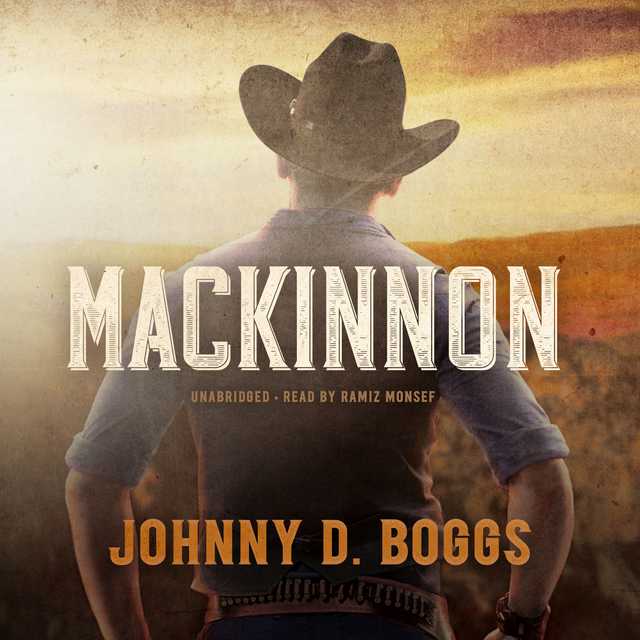 Saddle tramp Sam MacKinnon is in trouble. Double-crossed by his partners after robbing a saloon and gambling hall, MacKinnon has been left behind in the mountains of southern New Mexico with busted ribs, a banged-up head, no gun, and no horse. And no chance—because aging lawman Nelson Bookbinder and his Mescalero Apache scout, Nikita—both made legendary by dime novels MacKinnon has read—are leading a small posse hot in pursuit of the bandits. Miraculously, MacKinnon escapes the law, finds his horse and rifle, and, despite his injuries, sets out on the vengeance trail. But fate has something else in mind for Sam MacKinnon.

Miles away in the desert furnace between Ruidoso and Roswell, nineteen-year-old Katie Callahan has troubles of her own. Her mother has died of tuberculosis, and her worthless stepfather has abandoned the family, leaving Katie with her younger sister and five-year-old stepbrother, a busted wagon, a blind mule, little water and food, and her mother’s body that needs to be buried. When the wounded MacKinnon rides into that camp, he’s faced with a choice.

Fate, however, still has a few other surprises in mind for the saddle tramp, the young woman, MacKinnon’s partners, and even that aging New Mexico lawman.

Ramiz Monsef is the narrator of MacKinnon audiobook that was written by Johnny D. Boggs

Ramiz Monsef has spent several seasons as a member of Oregon Shakespeare Festival’s acting company, and he is the playwright of OSF’s 2013 production The Unfortunates. He has also appeared onstage in New York and in numerous regional productions.

About the Author(s) of MacKinnon

Johnny D. Boggs is the author of MacKinnon

Johnny D. Boggs has worked cattle, been bucked off horses, shot rapids in a canoe, hiked across mountains and deserts, traipsed around ghost towns, and spent hours poring over microfilm in library archives—all in the name of finding a good story. He has won eight Spur Awards, making him the all-time leader in Western Writers of America’s history.

How to get text to speech on Wattpad