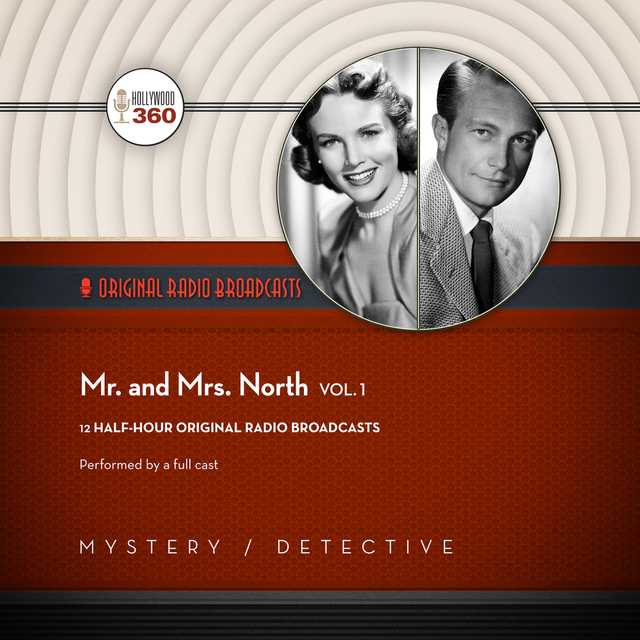 Created by Frances and Richard Lockridge, Mr. & Mrs. North were fictional amateur detectives appearing in novels, motion pictures, radio, and television. The Norths were not professional detectives, but simply a well-to-do New York couple who stumbled across a murder or two every week and felt compelled to solve the crimes. A 1942 MGM movie starred William Post Jr. and George Burns’ wife, Gracie Allen. That same year, it debuted on radio and was soon generating top ratings with a weekly audience of twenty million fans. Joseph Curtin and Alice Frost originally voiced the radio roles of Jerry and Pam North. Later, Richard Denning and Barbara Britton were cast as the Norths, staying on for its successful transition to television. The characters were later resurrected, in spirit, with ABC’s Hart to Hart, the 1979 through 1984 crime drama about a wealthy husband (Robert Wagner) and wife (Stefanie Powers).

a full cast is the narrator of Mr. & Mrs. North, Vol. 1 audiobook that was written by Hollywood 360