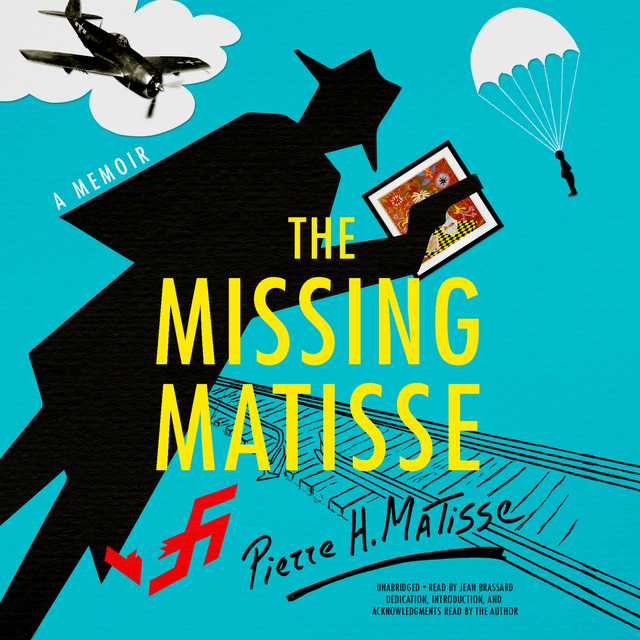 Born into a famous family of artists, Pierre Matisse grew up immersed in the artistic life of Paris and the French Riviera, spending time with some of the most famous artists of the twentieth century, including Pablo Picasso and Salvador Dalí. The man he knew as his grandfather, legendary artist Henri Matisse, gave him his first painting lesson and a strong desire to become a great artist in his own right.

Being a Matisse was an important part of young Pierre’s identity. So he was crushed and bewildered when at the outbreak of World War II his mother suddenly announced to her twelve-year-old son, “You are no longer a Matisse.” With no explanation, she changed her son’s name and sent him away.

So began Pierre’s lifelong search to solve the mystery of his true identity. What had happened? Why had his family seemingly rejected him? Who was his real father? Those questions are the intriguing backdrop to this memoir of Pierre’s fascinating and adventurous life on three continents.

Spanning the insider art world of 1930s Paris, the battles of World War II, the occupation of France by the Nazis, Pierre’s involvement with the French resistance, his postwar work restoring art and historical monuments, and his eventual decision to create a new life in North America, The Missing Matisse is a story of intrigue, faith, and drama as one man journeys to discover the truth about who he is—before it’s too late.

Jean Brassard is the narrator of The Missing Matisse audiobook that was written by Pierre H. Matisse

Jean Brassard is a theater and television actor, singer, voice-over talent, audiobook narrator, and writer. He is the winner of an AudioFile Earphones Award.

About the Author(s) of The Missing Matisse

Pierre H. Matisse is the author of The Missing Matisse

Pierre Henri Matisse was born in Paris in 1928. Brought up as the grandson of Henri Matisse, Pierre spent his childhood among some of the most famous artists of the century, including Pablo Picasso and Salvador Dali. During World War II, Pierre and his father, Jean Matisse, were heavily involved in French underground activities, wanted by the Nazis for their efforts in aiding the British spies and saboteurs. When the war ended, Pierre worked in the restoration of the art and historical monuments damaged by the war in France. Now a citizen of the United States, he is an artist who has given or created commissioned pieces to help organizations such as Project Hope, the American Red Cross, numerous children’s hospitals, and many others.