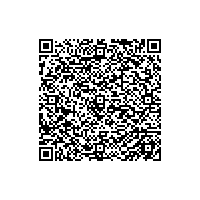 “When he became an undertaker, Rupert Callender undertook to deal with the dead for the sake of the living. This book is his brilliant, unforgettable story—the life and work of the world’s ?rst punk undertaker—but it’s also about ordinary, everyday humanity and our capacity to face death with courage and compassion, to say goodbye to the people we love in our own way. In becoming the world’s first “punk undertaker” and establishing the Green Funeral Company in Devon, UK, Ru Callender and his partner Claire challenged the stilted, structured world of the funeral industry—fusing what he had learned from his own deeply personal experiences with death with the surprising and profound answers and raw emotion he discovered in rave culture and ritual magick. From his unresolved grief for his parents and his cultural ancestors to political and religious non-conformists, social outlaws, experimental pioneers, and acid-house culture, Ru Callender has taken to a “DIY” ethos to help people navigate grief. He has carried coffins across windswept beaches, sat in pubs with caskets on beer-stained tables, helped children fire flaming arrows into their father’s funeral pyre, turned occult rituals into performance art, and, with the band members of KLF, is building the People’s Pyramid of bony bricks in Liverpool. What Remains? is a profound, deeply moving, and politically charged book that will change the way listeners think about life, death, and the all-important end-of–life experience.”,US,”Death is not my friend, neither is it my enemy; it is my destiny.”

The intended audience for this book is 18 years and up. The What Remains? Audiobook is 10 hours and 22 minutes. Speechify has the Unabridged edition version of the audiobook.

Subjects in What Remains?

What Remains? includes the following subjects: . The BISAC Subject Code is .

About the Author(s) of What Remains?

The author of What Remains? is Rupert Callender. Rupert Callender was moved to become an undertaker through his experience of bereavement and its aftermath. He spent much of his childhood in the hospice where his mother worked, and the caring, humanistic philosophy of hospice remains central to his work. He opened the Green Funeral Company with his partner Claire in 2000. In 2012, they won Best Funeral Director at the Good Funeral Awards and were described as “The best undertakers of all time” by Good Funeral Guide author Charles Cowling.

About the Narrator of What Remains? Audiobook

The narrator for the What Remains? Audiobook is Rupert Callender.

Global Availability of What Remains? Audiobook

Speechify has the right to sell the What Remains? Audiobook in the following countries:
GB