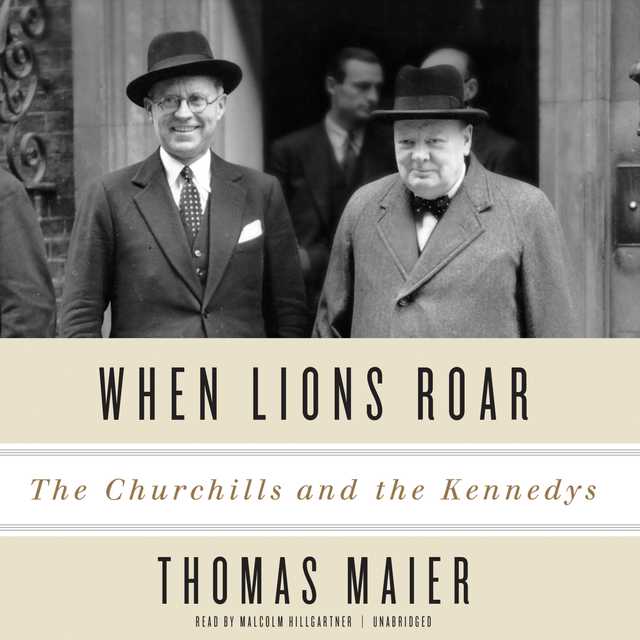 When Lions Roar begins in the mid-1930s at Chartwell, Winston Churchill’s country estate, with new revelations surrounding a secret business deal orchestrated by Joseph P. Kennedy, the father of future American president John F. Kennedy. From London to America, these two powerful families shared an ever-widening circle of friends, lovers, and political associates—soon shattered by World War II, spying, sexual infidelity, and the tragic deaths of JFK’s sister Kathleen and his older brother Joe Jr. By the 1960s and JFK’s presidency, the Churchills and the Kennedys had overcome their bitter differences and helped to define the greatness in each other.

Acclaimed biographer Thomas Maier tells this dynastic saga through fathers and their sons—and the remarkable women in their lives—providing keen insight into the Churchill and Kennedy families and the profound forces of duty, loyalty, courage, and ambition that shaped them. He explores the seismic impact of Winston Churchill on JFK and American policy, wrestling anew with the legacy of two titans of the twentieth century. Maier also delves deeply into the conflicted bond between Winston and his son Randolph and the contrasting example of patriarch Joe Kennedy, a failed politician who successfully channeled his personal ambitions to his children. By approaching these iconic figures from a new perspective, Maier not only illuminates the intricacies of this all-important cross-Atlantic allegiance but also enriches our understanding of the tumultuous time in which they lived and the world events they so greatly influenced.

With deeply human portraits of these flawed but larger-than-life figures, When Lions Roar explores the special relationship between the Churchills and Kennedys, between Great Britain and the United States, highlighting all of its emotional complexity and historic significance.

Malcolm Hillgartner is an accomplished actor, writer, and musician. Named an AudioFile Best Voice of 2013 and the recipient of several Earphones Awards, he has narrated over 175 audiobooks.

About the Author(s) of When Lions Roar

Thomas Maier is the author of When Lions Roar

Thomas Maier is the author of several books, including The Kennedys: America’s Emerald Kings and Masters of Sex, the basis of a Showtime series.

What is Findaway Voices? The ultimate guide and reviews

5 tips to increase my productivity