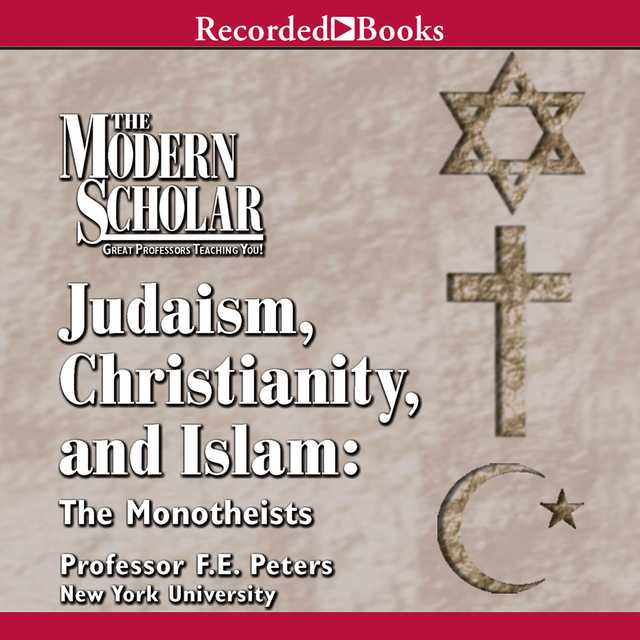 In everything that follows, “Bible” always means the Hebrew or Jewish Bible. The Christian Scriptures will always be called “New Testament” or “Gospels.” Judaism, Christianity and Islam should be thought of as three faith communities rather than as three “religions.” They are communities of believers, each with its own ideology, history (its ideology is often embedded in its history), its traditions, and, of course, its members, the great number of Jews, Christians and Muslims past and present. We cannot take much account of the members here, but they are the ones who are responsible for a good part of the ideology, history, and traditions. A distinction is sometimes made between history and sacred history. For all three groups, God is always somehow in charge of what happens to humans, but when God is thought to be more or less directly in charge, that is sacred history. The Bible, for example, is sacred history; what happened to the Jews afterwards is just plain history, where God appears to be (closely) observing events rather than directing them. But not in everyone’s eyes: there are still any number of Jews, Christians and Muslims who regard whatever happens, or will happen, as God’s doing, not man’s. If the Arabic term is a little unfamiliar, “Islam” means “submission” (to God, of course), and a “Muslim” is “one who has submitted.” The words are Arabic but not all Muslims are Arabs by a long shot, and great many Turks and Iranians and millions and millions of Indians and Indonesians will be upset if you insist that they are. Nor are all Arabs Muslims. Many Palestinian Arabs are Christians, for example. Christians too can be anything ethnic under the sun, and what the Jews are will emerge throughout this course. Finally, it’s easier to study these communities if the student attempts to maintain objectivity about each of the “others.”

About the Author(s) of Judaism, Christianity and Islam

Frank Peters is the author of Judaism, Christianity and Islam