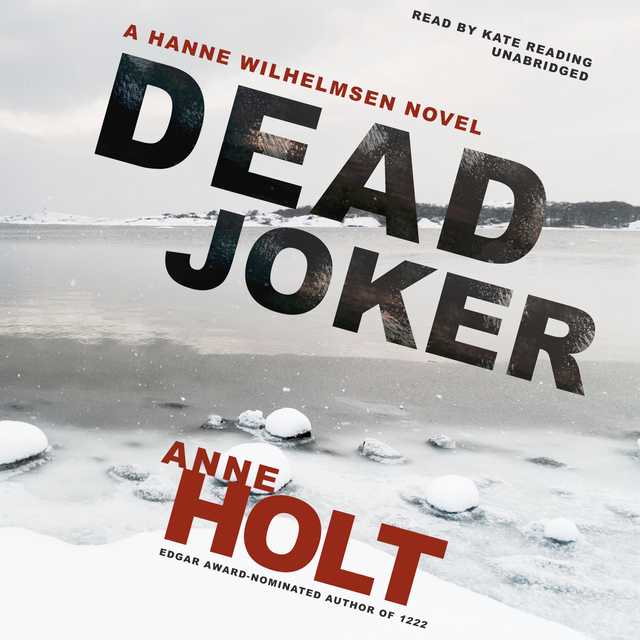 From Anne Holt, the internationally bestselling author of 1222, comes the next installment in her Edgar Award–nominated mystery series.

Chief Public Prosecutor Sigurd Halvorsrud’s wife is found dead in front of the fireplace in the family living room. The cause of death: decapitation. Her husband, who witnessed the grisly murder and is himself covered in blood, immediately falls under suspicion, though he claims his wife’s killer was Ståle Salvesen, a man he’d prosecuted years before. Detective Inspector Hanne Wilhelmsen is called in to lead the investigation with her old colleague, Billy T. Despite the circumstantial evidence, Hanne is unconvinced of Sigurd Halvorsrud’s guilt—that is, until a witness says he saw Ståle Salvesen commit suicide by jumping off a bridge days before the murder took place. Then a journalist at one of Oslo’s largest newspapers is found beheaded. What links these two horrifically violent crimes?

The demanding investigation soon clashes with a terrible crisis in Hanne’s personal life. Cecilie, the woman she has lived with for almost twenty years, has fallen seriously ill and doesn’t have much time to live.

With a savage killer on the loose, Hanne must ask herself: Is the truth worth chasing at all costs?

Kate Reading is the recipient of multiple AudioFile Earphones Awards and has been named by AudioFile magazine as a “Voice of the Century,” as well as the Best Voice in Science Fiction & Fantasy in 2008 and 2009 and Best Voice in Biography & Culture in 2010. She has narrated works by such authors as Jane Austen, Robert Jordan, Edith Wharton, and Sophie Kinsella. Reading has performed at numerous theaters in Washington D.C. and received a Helen Hayes Award for her performance in Aunt Dan and Lemon. AudioFile magazine reports that, “With subtle control of characters and sense of pacing, Kate’s performances are a consistent pleasure.”

About the Author(s) of Dead Joker

Anne Holt is the author of Dead Joker

Anne Holt has worked as a journalist and news anchor and spent two years working for the Oslo Police Department before founding her own law firm and serving as Norway’s minister for justice for part of 1996 and 1997. Her first book was published in 1993, and her work has been translated into twenty-five languages. She lives in Oslo with her family.

Can I find an online dyslexia tutor?

Turn any image to speech with Speechify