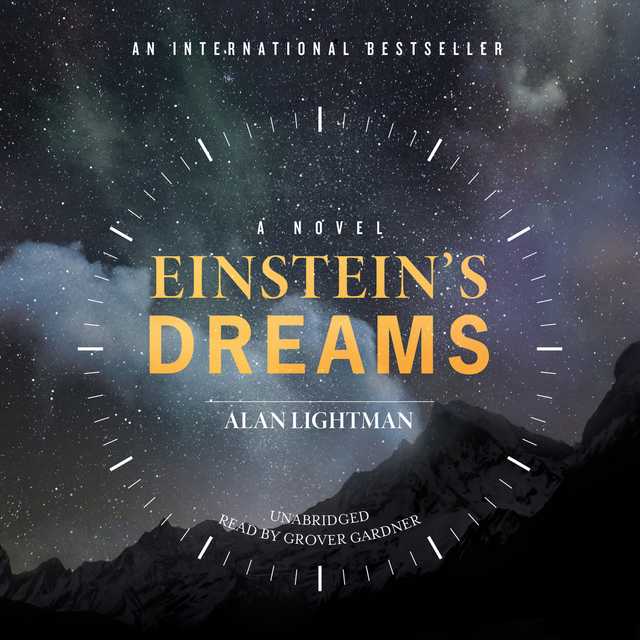 In poetic vignettes, Einstein’s Dreams explores the connections between science and art, the process of creativity, and ultimately the fragility of human existence.

A modern classic, Einstein’s Dreams is a fictional collage of stories dreamed by Albert Einstein in 1905, when he worked in a patent office in Switzerland. As the defiant but sensitive young genius is creating his theory of relativity, a new conception of time, he imagines many possible worlds. In one, time is circular, and people are fated to repeat their triumphs and failures over and over. In another, there is a place where time stands still, visited by lovers and parents clinging to their children. In another, time is a nightingale, sometimes trapped by a bell jar.

Translated into thirty languages, Einstein’s Dreams has inspired playwrights, dancers, musicians, and painters all over the world. In poetic vignettes it explores the connections between science and art, the process of creativity, and ultimately the fragility of human existence.

Grover Gardner has recorded more than 650 audiobooks since beginning his career in 1981.  He’s been named one of the “Best Voices of the Century” as well as a “Golden Voice” by AudioFile magazine.  Gardner has garnered over 20 AudioFile Earphones Awards and is the recipient of an Audio Publishers Association Audie Award, as well as a three-time finalist.  In 2005, Publishers Weekly deemed him “Audiobook Narrator of the Year.”

Gardner has also narrated hundreds of audiobooks under the names Tom Parker and Alexander Adams.  Among his many titles are Marcus Sakey’s At the City’s Edge, as well as Star Wars: The Phantom Menace, Mark Twain’s The Adventures of Tom Sawyer, and John Irving’s The Cider House Rules.  Gardner studied Theater and Art History at Rollins College and received a Master’s degree in Acting from George Washington University.  He lives in Oregon with his significant other and daughter.

About the Author(s) of Einstein’s Dreams

Alan Lightman is the author of Einstein’s Dreams

Alan Lightman is an astrophysicist and novelist teaching at the Massachusetts Institute of Technology. He is the author of Einstein’s Dreams and A Sense of the Mysterious: Science and the Human Spirit. Lightman and his wife, Jean, started the Harpswell Foundation to help disadvantaged students obtain education in Cambodia.