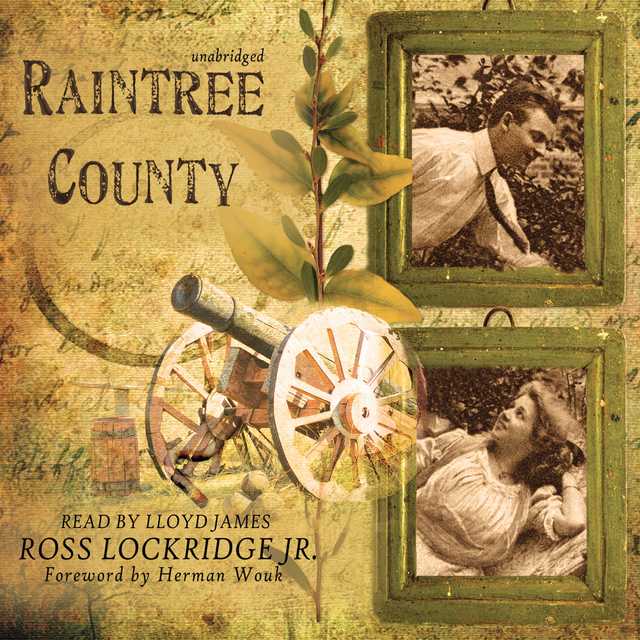 A number-one bestseller when it was first published in 1948, this powerful novel is a compelling vision of nineteenth-century America with timeless resonance.

Throughout a single day in 1892, John Shawnessy recalls the great moments of his life—from the battles of the Civil War to the politics of the Gilded Age, from the love affairs of his youth in Indiana to his homecoming as schoolteacher, husband, and father.

Shawnessy is the epitome of the place and period in which he lives, a rural land of springlike women,shady gamblers, wandering vagabonds,and soapbox orators. Yet here on the banks of the Shawmucky River, which weaves its primitive course through Raintree County,Indiana, he also feels and obeys ancient rhythms.

This panoramic epic of the nineteenth century in Raintree County—particularly of the Civil War and its effects—was produced after six years of research, writing, and revision. It continues to command attention and respect as a stylistically unique work of considerable force.

Lloyd James (a.k.a. Sean Pratt) has been narrating since 1996 and has recorded over six hundred audiobooks. He is a seven-time winner of the AudioFile Earphones Award and has twice been a finalist for the prestigious Audie Award. His critically acclaimed performances include Elvis in the Morning by William F. Buckley Jr. and Searching for Bobby Fischer by Fred Waitzkin, among others.

About the Author(s) of Raintree County

Ross Lockridge is the author of Raintree County

Ross Lockridge Jr. (1914–1948) was born and raised in Indiana, graduating from Indiana University. In 1937 he married his high school sweetheart and they had four children. He is most noted for Raintree County, often considered one of the great American novels. Suffering from profound, and largely unrecognized, depression, he committed suicide two months after the novel’s publication. His obituary appeared on the front page of the New York Times.