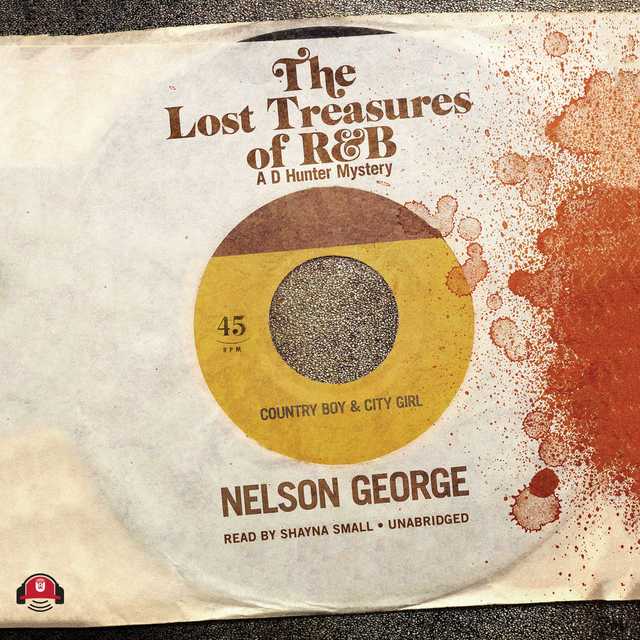 The Lost Treasures of R&B Audiobook

The Lost Treasures of R&B Audiobook

Professional bodyguard D Hunter takes a gig protecting rapper Asya Roc at an underground fight club in poverty-stricken Brownsville, Brooklyn. Unknown to D, the rapper has arranged to purchase illegal guns at the event. An acquaintance of D’s from the streets, Ice, turns out to be the courier.

During the exchange a robbery is attempted, and Ice is wounded. D gets Asya Roc to safety but, now in possession of the illicit merchandise, finds himself being chased by two gunmen. When D and his pursuers run into a corrupt detective, a bloody shootout ensues.

D, who has just moved back to Brooklyn after decades in Manhattan, finds himself involved in multiple mysteries. Who were the gunmen? Why were they after the guns? Who was being set up—Asya Roc or Ice? Meanwhile, he gets a much-needed paying assignment to track down the rarest soul music single ever recorded.

With gentrifying Brooklyn as the backdrop, D works to unravel various mysteries—both criminal and musical—while coming to terms with the failure of his security company and the ghosts of his childhood in “old Brooklyn.” Like its predecessors The Accidental Hunter and The Plot against Hip Hop, The Lost Treasures of R&B uses pop music as the backdrop for a noir-flavored big-city tale.

Shayna Small is an actress/singer born and raised in Chicago. In the middle of her freshman year of high school she relocated to Baltimore to attend a performing arts school. She holds a BFA in drama at the Juilliard School. Her theater credits include Hurt Village and The Threepenny Opera.

About the Author(s) of The Lost Treasures of R&B

Nelson George is an author and filmmaker who specializes in documenting and celebrating African American culture. He has written several classic black music histories, including Where Did Our Love Go?, The Death of Rhythm & Blues, and Hip Hop America. George also coedited The James Brown Reader and has contributed major articles on the films Pariah, The Help, and 12 Years a Slave to the New York Times. He directed the HBO film Life Support and the VH1 documentary Finding the Funk.

What are assistive technology tools for autism?