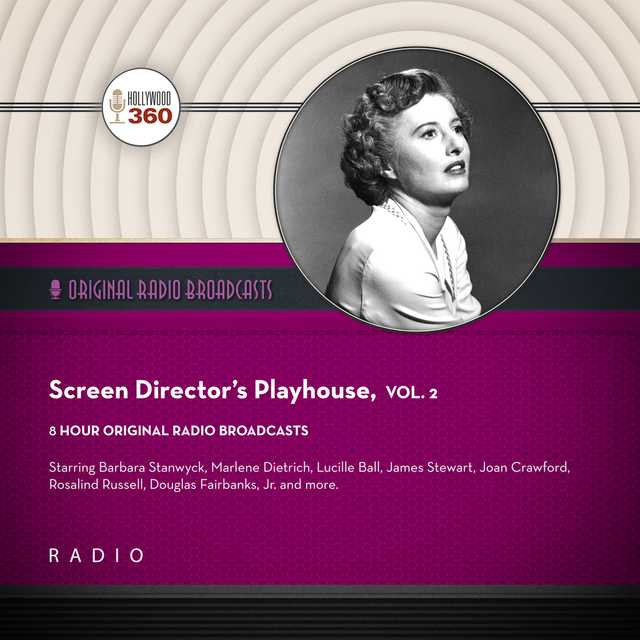 Hollywood finest movies were dramatized on Screen Directors Playhouse. The stars of the films reprised their roles and the directors were on hand to talk about the making of the film.

Screen Directors Playhouse came to NBC in 1949 and became one of the top drama anthologies featuring Hollywood actors reprising their screen roles a la Lux Radio Theater. The primary focus of the program was the original movie’s director, who not only served as a guest host but also participated in an interview towards the end of the broadcast. Unlike Lux, which featured Cecil B. DeMille as a regular host, Screen Directors Playhouse had a different director every week. Alfred Hitchcock, Frank Capra, William Wellman, Robert Siodmak, George Seaton, Joseph Mankiewicz, George Marshall, and Lewis Milestone were among those appearing. NBC poured a considerable amount of money into the productions. On one particular week, John Wayne and Claire Trevor reprised their screen roles in an adaptation of Stagecoach, with director John Ford chatting about his experiences making the movie. Tallulah Bankhead came back to do Lifeboat, with director Alfred Hitchcock at the helm. Edward G. Robinson revisited his role in The Night Has a Thousand Eyes, Dick Powell replayed his part in Pitfall, and Dorothy McGuire reprised The Spiral Staircase. It was an immediate success and garnered a large audience, lasting until 1951.

Enjoy eight of the best hour-long episodes from this incredible radio series!

a full cast is the narrator of Screen Directors Playhouse, Vol. 2 audiobook that was written by Black Eye Entertainment

About the Author(s) of Screen Directors Playhouse, Vol. 2